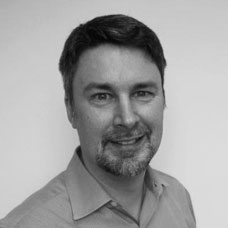 David drives the engagement with the corporate development teams of some of America’s largest corporates and VC’s.
David joined FirstCapital in Jan 2015 as Managing Director, Head of US based in Silicon Valley.

From 2012 to 2014 David was VP International and Head of Corporate Development for US Market Access Centre, the longest established international business accelerator in Silicon Valley.

Prior to moving to Silicon Valley David’s career also focused on international sales and marketing.  With IDA Ireland David supported 150 foreign owned companies to establish and grow in Ireland and with Prudential Europe David managed Internal and External communications as well as Market Research.  While in Ireland David was an adjunct-lecturer in international marketing.

As an entrepreneur, David co-founded one international services company based in Dublin that stayed in stealth mode and an international consultancy partnership based in Toronto.

David is also the best networked Irishman in Silicon Valley and he is recognized as a LinkedIn / social networking expert.

Hailing from Dublin, Ireland, David has Masters and Bachelor’s degrees in Business from The Michael Smurfit Business Scholl and University College Dublin.  He also holds a post-graduate diploma in Executive Coaching.

About FirstCapital
FirstCapital is an award winning investment bank with offices in London and Silicon Valley, specializing in fundraising and M&A for European growth technology companies www.firstcapital.co.uk.

FirstCapital advises CEOs, founders and shareholders on how to maximize value from strategic transactions, whether that is a full or partial sale of the business to trade or financial buyers, or raising money to accelerate growth.

We have an exceptional record in M&A and private placements and our team has collectively supported 220 deals worth over $145bn.

Our ideal clients are: