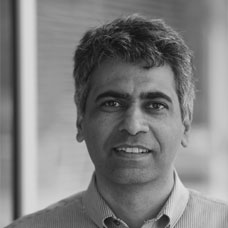 Ikhlaq Sidhu is the Chief Scientist and Founding Director of UC Berkeley’s Sutardja Center for Entrepreneurship & Technology.  He received the IEOR Emerging Area Professor Award from his department at Berkeley.  Prof. Sidhu also founded the Fung Institute for Engineering Leadership.  He has been granted over 60 US Patents in networking technology, IP telephony, and mobile computing. He was awarded 3Com Corporation’s “Inventor of the Year” in 1999. Dr. Sidhu also serves as a Senior Fellow of the Applied Innovation Institute and as a Venture Advisor at Onset Ventures, a leading Silicon Valley investment firm. Dr. Sidhu received his bachelor’s degree in Electrical and Computer Engineering from the University of Illinois at Urbana-Champaign, and his masters’ degree and doctorate in Electrical Engineering from Northwestern University.

About UC Berkeley
National rankings consistently place UC Berkeley’s undergraduate and graduate programs among the world’s best. Berkeley is home to top scholars in every discipline, accomplished writers and musicians, star athletes, and stellar scientists — all drawn to this public university by its rich opportunities for groundbreaking research, innovative thinking and creativity, and service to society.