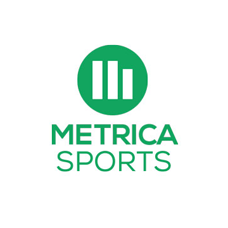 Rubén was born 34 years ago in Barcelona. After finishing his BSc in Biotechnology at Universitat Autònoma de Barcelona he moved to the UK where he worked in several multinational pharmaceutical companies for 3 years. In 2008 he decided to move to Amsterdam (the Netherlands) to do a PhD in Molecular Neurosciences, and he will soon get his graduate by the Vrije Universiteit.

Towards the end of his PhD he felt he needed a new challenge outside academia, and together with his friends Bruno and Enzo decided to start Metrica Sports, where he could combine his passion for football and his business experience and data analysis expertise.

He is one of the co-founders and CEO, in charge of the customer development and the relationship with both customers and partners.

Bruno Dagnino (29 years old), was born in Buenos Aires (Argentina). After finishing a master in physics at the University of Buenos Aires, he moved to Amsterdam (The Netherlands); where he will soon get a PhD in Cognitive Neuroscience from the Vrije Universiteit. During the last year of his PhD he felt that the pace of Academia was a bit too slow to fit his interests and he started to look alternatives outside the scientific sphere. As a result of that search, on May 2014 he co-founded Metrica Sports, together with Enzo Angilletta and Ruben Saavedra. A venture that allowed him to combine his data analysis skills with his passion for football. Nowadays, he is Metrica’s CTO, overseeing both the research and development of their data acquisition technologies as well as the development of Footmapp, their first product. He is really passionate about entrepreneurship and data analysis, and of course, mad about football.

Enzo is a multi-disciplined designer / video producer who has been working professionally since 2005 with strong experience in diverse media backgrounds.

He studied ‘Filmmaking’ and ‘Multimedia Design’ in Buenos Aires, Argentina. After that, he performed on several awarded TV shows as filmmaker and lead editor on TV shows about tourism (Fiestas Populares), culture and music; and in all sorts of content to Latin America: Children’s TV Shows (Paka Paka), News and Documentaries. All this in prestige channels like Fashion TV, History Channel, National Geographic, Canal Encuentro and companies like ‘Starwood Hotels’. In 2009, he moved to Amsterdam; where he started mainly working in advertising and corporate videos. TEDx Amsterdam, Philips, Spotzer and Feller Media are some of the companies he has been working with.

He is now Metrica Sports co-founder and Chief Design Officer, responsible for all design and user experience of the products of the company and the video technologies required.

Metrica Sports was founded one and a half years ago by Bruno, Enzo and Rubén, fulfilling the dream of their lives: applying their expertise to make their hobby better.

With a top-level club like Villarreal CF as their launching customer, Metrica Sports has developed FootMapp, the first software that empowers video analysis by tailoring the data analysis to the specific needs of each club.

They are now looking to get more clubs on board in order to further validate and improve their product market fit.

It was founded by two neuroscientists and an audiovisual producer & designer with one passion in common: tactics in football.

Tactical analysis in football has barely changed in the last 20 years. Analysts spend many hours watching matches on TV in order to identify relevant moments, in a process that is very time-consuming and subjective.

Metrica Sports has developed the first tool that helps football coaches and analysts identify those relevant moves in the match: FootMapp.

Football has a wide array of tactics. Every coach is different, and so are the moments that are critical for them to analyze.  Metrica Sports tailors the algorithms to the needs of every club so the analyst can analyze the match, create playlists and communicate the results to the players in an effective way, time- and didactic-wise.