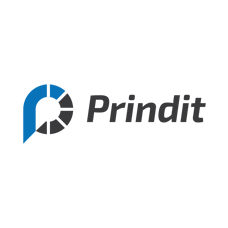 Stefan Cedergren is the CEO and one of the founders of Prindit. He has a Master of Science in applied physics and electrical engineering from Linköping university, and has previously worked as an automatic control engineer at Bombardier. In 2006 he started working as a consultant and researcher within performance measurements and performance improvements in large tech organisations.

In 2011 he defended his PhD at Mälardalen University with the title Performance in Product Development – The Case of Complex Products. Stefan Cedergren started his first company in 2011 and in 2012 he was part of the team starting up a research institute (SICS Swedish ICT Västerås AB), where he worked as deputy CEO until 2015. SICS Swedish ICT Västerås has since then grown to 20 people. Stefan Cedergren lives in Västerås, Sweden.

Anders is one of the founders of Prindit and has a PhD in Innovation and Design from Mälardalen University. Anders started his first company in 1998 and made an exit in 2001. The following years he contributed to over 200 start-ups as a business developer, and he has been involved in the Swedish innovation system since then. Anders also has a background working as an industrial designer, architect and teacher in innovation and design, as well as innovation research manager at Munktell Science Park where he was responsible for the innovation services in closed collaboration with industry in the Stockholm region.

The past years Anders has worked at SICS Swedish ICT Västerås as a senior researcher in several projects where Prindit was developed. With his broad background and focus on innovation and design, he involves the human behaviours in the process of making Prindit a success. In 2009 Anders was awarded a special prize for working across borders between academy and art.

Johanna is a curious “doer” with a great passion for development of processes, businesses and individuals. Johanna has a double BSc within innovation management and business administration. Johanna is good at structure, strategic planning and managing projects with an eye for both detail and entirety. Johanna has during the last year been working at a business park as project leader and innovation/business consultant.

Johanna enjoys facilitating creative workshops and working in cross-functional teams – the magic happens when different competences and diversity meets. Johanna’s contribution to the team is a lot of positive energy and an entrepreneurial mindset, always goal-oriented.

Stefan Cedergren and Anders Wikström founded Prindit in 2015. Prindit is a cloud-based B2B service based on research within performance measurements and analytics spun out from the research institute SICS Swedish ICT.

Our mission is to help our customers create a dynamic and high-performing workplace through lean performance measurements and analytics. Prindit creates conditions for continuous improvements and learning in less than 60 seconds per week. We use a bottom up approach focusing on individuals and teams in knowledge-intensive multinational enterprises. Currently we have 30+ organisations as customers, with ~1000 users in seven countries. Our customers include both large multinational tech companies like ABB, Bombardier and Ericsson as well as SME:s.

“Prindit has made it possible to identify areas of improvements, which normally would not be detected in regular project meetings. Based on concrete results, it is easier to involve the team in defining actions to resolve issues.”  – Project manager

“The biggest impact for us is that each individual reflects on their own situation and better understands why their results were in a certain way. What I can do as an individual and part of a team to improve it.” – Manager large tech company